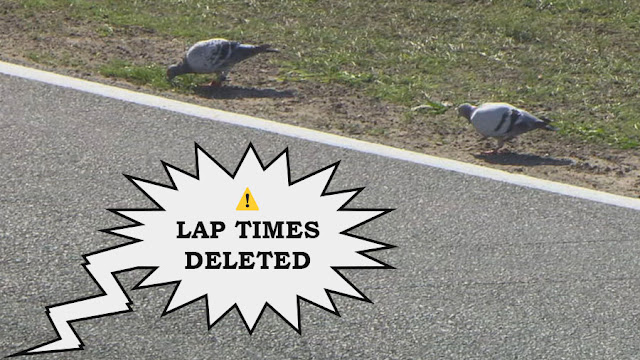 BIGGEST LOSERS IN THE NETHERLANDS

Read on for the commentary page for the Dutch grand prix, featuring highlights of the Losers team action. For this race's full Losers team data featuring everyone's scores, see the data page.

TOP TRACK POINTS IN THE NETHERLANDS

This commentary page shows just the Losers team highlights for the Dutch grand prix. For the full Losers scores, see the data page.

In the scores for each race, we highlight the Losers teams that scored the least number of Track Points. Remember in Lord of the Rings when Gollum has a conversation with himself? All these teams need to have a word with themselves. Disgusting behaviour. They will be punished with some precious, automatic team actions.

EJECTOR SEATS IN THE NETHERLANDS

If you Eject team members and at the next race, you earn more Track Points than the previous pre-Ejected race, you get a 5-point Ejector bribe.
When oh when will Good Morning Britain have a debate about Ejector Seats? Be one of the cool kids and play an Ejector Seat now.

BOOST BUTTONS IN THE NETHERLANDS

Here are the teams that played Boost Buttons in the Netherlands.
Did you spot the puns? Did you? Don't tell us, we don't care. Boost for the next two races now.
FAST FORECASTS IN THE NETHERLANDS
It's 20 points for a perfect Fast Forecast prediction, 5 points if it's close (within two places for the grid and race predictions, or dropping at least one place on the opening lap), and minus-5 for any other guess. We now give a 'bribe' of 5 extra points to any team that makes two perfect or close guesses.

With Cillit Bang, the fog on your crystal ball is GONE! Polish your balls and submit a Fast Forecast now.

PITLANE PUNTS IN THE NETHERLANDS
Go to the park. Walk up to a stranger. Tell them about Pitlane Punts. Tell them loudly and for a long time. Once you're done, play a Pitlane Punt now.

Here are the driver and constructor Track Points in the Netherlands.

Here is the complete Losers team data for the Netherlands.

Our next stop in the F1 calendar is Monza, where the Tifosi are likely to painr the town red. Not many races left after that. Have a look at the full 2022 schedule.

We recently launched three new Pitlane Punts. You can gamble on Mick Schumacher's future with the Schu Shoo. is already live. Whip up a scandal with the Bernie Earner. Or go awry with the Best Laid El-Plans punt.