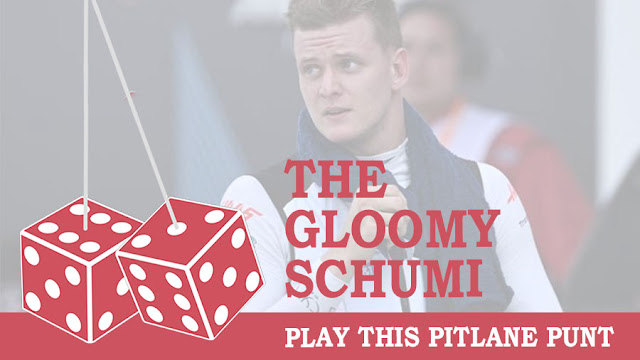 Mick Schumacher is having a torrid time in F1, with his team boss saying a queue of people want his seat. Meanwhile, his cheery teammate Kevin Magnussen has racked up points.

Will Mick continue to have a miserable year compared to merry Magnussen?

Bet that Schumacher will score zero championship points in the next two (or four) races. Read on to play this Punt.

With apologies to Mick for stealing his father's nickname for the name of this Pitlane Punt.
The odds:
The stake: