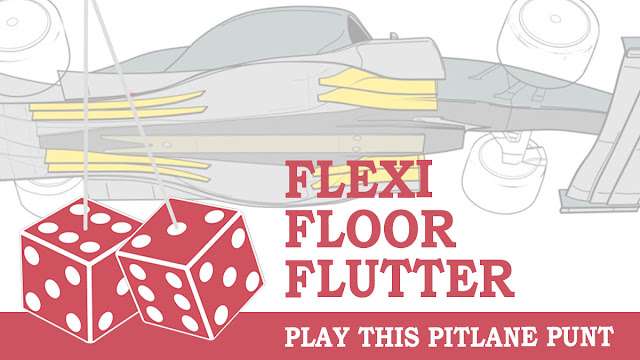 There has been a lot of debate about "flexi floors", a mysterious aerodynamic trick that the FIA wants to crack down on as we go into the summer break. See the video at the bottom of this page.

Mercedes have struggled this year, but they reckon this will "level the playing field". Meanwhile, people are accusing Red Bull of using flexi-floors a bit too much. What will happen once the FIA get involved?

The calculating:
The odds:
The stake: