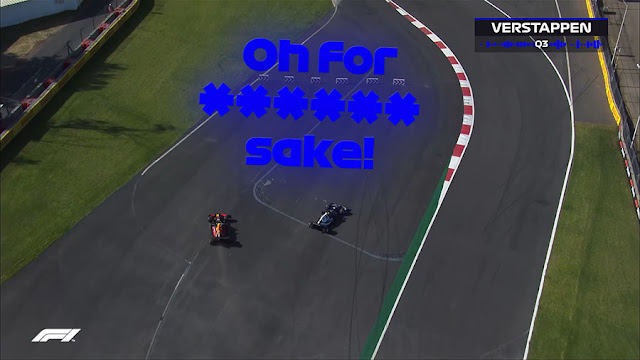 This was a great race at which to run a Boost Button: it dislodged the US grand prix as the third highest scoring race of the year. Here are the biggest losers in Mexico City.

Carry on reading for the full Losers team carnage in Mexico.

Do you remember Eddie the Eagle Edwards? The following Losers teams scored very few points in Mexico. In fact, we're so ashamed with their un-losing, we don't even think they're even eagles. They're sparrows. Chaffinches in our eyes. Tiny helpless birds we want to crush under our boot. Shame!

Poor scores? You're about to be punished with Break Assist, our annoying tool that makes teams carry out team actions against their will.

Here are the Race points for Mexico.

We're hurtling towards the end of the F1 season, like a lemming towards a cliff edge. We've just released our last lot of Pitlane Punts. The Brazil (Nov 14th) and Qatar (Nov 21st) grands prix will be on us quicker than a flesh-eating supervirus. And on December 1st, all unpressed Boost Buttons will get automatically pressed resulting in climactic carnage in the last two races.