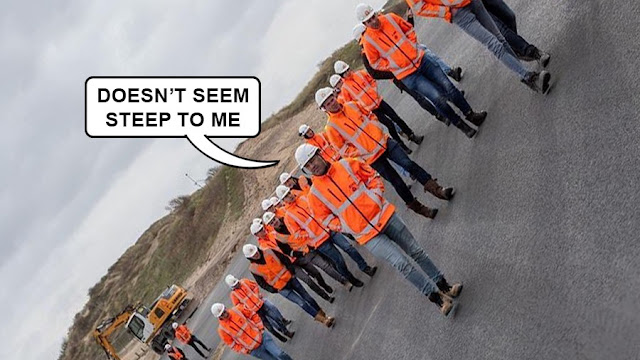 The F1 Losers League is so impressed at the steep banking at the Dutch grand prix circuit, the following report is being written on a wonky chair with a gradiant of 30 degrees. A hardback copy of 'Microwave Meals For One' under one chair leg. Feels just like turn three at Zandvoort.

Raikkonen missed the race because of Covid, so if you have Raikkonen on your team, you earned points with his replacement Kubica. You also picked up Raikkonen's Beige Flag points, so double bonus.

While everyone was obsessing about Russell's future, our eye was on the debate surrounding Giovinazzi's future. Doubts about his ability to retain his seat, along with a performance that crumbled from a decent qualifying place into oblivion, made him the biggest losing driver at the Dutch grand prix. This also had a big effect on this race's Losers Team scores.

The other big news was Williams. Russell's disastrous final few laps helped the team to their biggest score of the season so far, even beating Haas. Welcome back to the realms of loserdom, Williams.

Read on for all the race point drama in the Netherlands.

Beige Flags:
Red Bull 10 (for a new engine making Perez start the race in the pitlane^)
Williams 10 (for the gearbox pickle that forced a pitlane start^ for Latifi)

Here are the Losers Team scores for the Netherlands.

We go marching to Monza this coming weekend, where we'll see a new points element for worst Sprint result. This weekend, we will also freeze team actions for the DRS system, which will be replaced by Boost Buttons later this month. And then on September 15th, we'll launch a fourth Ejector Seat.