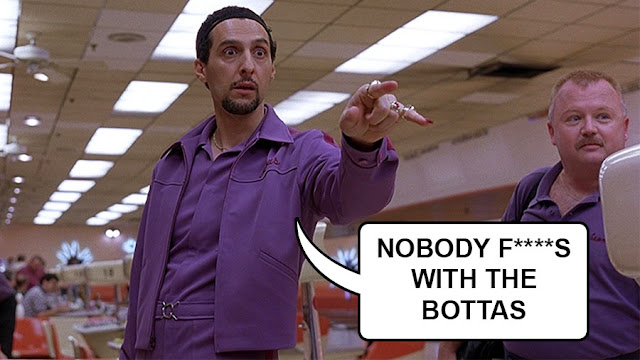 Every time I go bowling, have a narrow window of genius. It's usually between the third and fourth pint, and it lasts for about three balls. For Bottas, it only took one strike to be a Losers League genius. Let's have a look at the results of a most remarkable Hungarian grand prix.

By the way, the British grand prix had been the highest scoring race for drivers and constructors this season, with a tally of 152 race points, followed by Bahrain and Austria scoring in the 140s. The Hungarian race smashed that, with 202 points given to drivers and constructors, depending on Vettel's appeal. That's pretty massive.

Another fact? Williams scored zero points for the first time this season.

Read on for the Hungarian race points haul.

Earliest Exit: Stroll 5 | Leclerc 5 | Perez 5 | Bottas 5
Yes, they all get the Earliest Exit bonus for that disastrous lap one incident

Backwards Bonus: Verstappen 5
Losing a cumulative six places from start to finish is some feat

Beige Flag: Schumacher 10
For the big crash that made him miss qualifying, provoking the fury of his team boss^

Beige Flag: Bottas 10
For admitting guilt^ for the multi-car pile-up that not only affected the championship, but gave us a million bowling ball memes on social media

Beige Flag: Haas 10
It's not just about Schumacher's incident in practice: Haas are clearly concerned about mounting costs^ leading to driver unease^ and speculation about team boss Geunther Steiner's future^

Beige Flag: Aston Martin 10
For THAT fuel error that led to the team's disqualification, maybe as a result of those internal problems Ralf Schumacher's being going on about^

Beige Flag: Red Bull 10
For their unmitigated PR disaster^ over their appeal over Hamilton's penalty at the previous grand prix

Here are the Losers Team scores for Hungary.

While the Formula One world takes its summer break, things are hotting up for the F1 Losers League. As we publish this page, we're about to launch a third Ejector Seat for every team, which means it's easier than ever up upgrade (downgrade?) your rubbish team selections.

Look out for announcements throughout August about new F1 Losers initiatives, including a new team action called Fast Forecast, a new points element called Sprint Fail, and a big change to our points doubling system. Meanwhile, we're next racing in Belgium on August 29th, which is a default DRS race.