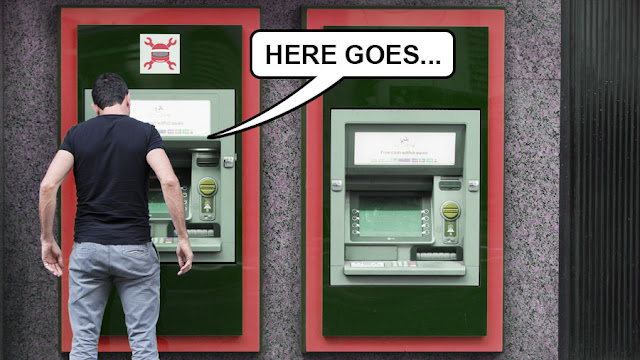 THE BIGGEST LOSERS IN FRANCE

The French grand prix was surprisingly entertaining, like a grandfather who impersonates Taylor Swift, or a blancmange that knows tap dance. Although the focus was on Verstappen's risky race strategy, our eyes were further down the field. How did our Losers Teams fare at Circuit Paul Ricard?

In one sense, the usual suspects picked up points in France, so there were fewer surprises than usual. In another sense, erm, um... look! A performing blancmange! Look at it wobble! Ha ha ha, it's got tap shoes! Look!

Right, we think we got away with that. How did the Losers Teams do? And why have we got a picture of ATMs? Read on to find out more.

One of the flash-points of the French was pit stop strategy. Do you go for an extra stop? Do you undercut? This resulted in a dramatic showdown between Verstappen and Hamilton. As for the F1 Losers League, LockedDownLosers went for their own alternative strategy by moving one of their DRS allocations to the French grand prix, leaving everyone else on 'normal' points. So no surprise, then, to see them top the scores in France, helped by an Ejector Seat change from Ocon to Tsunoda. The question is – will this help them in the long run? Did their gamble pay off? We'll find out as things shake down over the next few races.

Identical teams Tardi Minardi and VroomDoom took joint second, each with two Beige Flag recipients on their team. Next up are a whole bunch of teams with one point separating them, namely NEEEOOOOWWWW, Gunther's Gonna Get Ya, HAASN'T A CHANCE and Team Name. We would go into the details, but we've just painted a wall and we just need to check that it dries.

Also, we've just figured out that Team Name is an anagram of 'ATM enema', and we need some time to work out what that means.

For some reason beyond our understanding, some Losers Teams insist on not being very loser-y at all.

Despite having Williams on their Losers Team, It’s a trap Lando! only picked up 24 points in France. Even more disappointing, Mancunian Badboy Racing were let down by zero-scoring Perez and Aston Martin to bring in only 15 Losers Points. Equalling them at the bottom of the French scores was Murraylivesforeverinourhearts, who would have loved that Beige Flag that we almost – but didn't – give Stroll.

Each of these teams is sentenced to building a lifesize model of David Coulthard's massive chin out of matchsticks. That'll teach ya.

Here are the Drivers and Constructors Points for France.