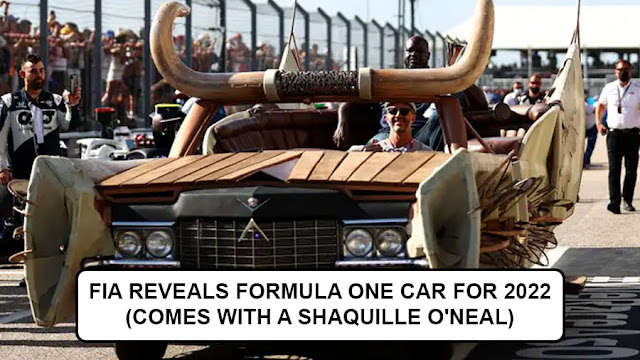 Even without the Beige Flag festooned upon him, Pierre Gasly easily topped the driver points at the Circuit of the Americas. After a dalliance with Bottas, he retired in the early stint of the race with suspension issues.

It was constructor Alpine who had the biggest shocker, though. An engine change demoted Alonso to the back of the grid, which earned Alpine a Beige Flag. Both cars coped badly with the bumpy nature of the track. Ocon complained that "the track needs need some work for next year" while Alonso was left wondering if the bumps had wrecked his rear wing. Both cars retired: complete wipe-out.

None of this dampens the F1 Losers League's campaign to install speed bumps at all Formula One circuits. Really tall ones. And maybe a few hump-backed bridges you usually get over countryside streams. And roadworks. Lots of roadworks. Cones everywhere!

Sorry. Getting distracted. With 156 Losers points given out, it was the third highest scoring race of the year. Read on for all the race points given in the USA.

RACE POINTS IN THE USA: DRIVERS

Backwards Bonus: Bottas 5 (went from 4th in qualifying to 6th with help from a grid penalty)

Beige Flag: Gasly 10 (for being "f***ed by Red Bull"^ according to Christijan Albers
Beige Flag: Sainz 10 (for signing his contract for Ferrari in his pyjamas^, which seems suitably loser-ish behaviour)
Beige Flag: Verstappen 10 (for snubbing Drive To Survive^)

RACE POINTS IN THE USA: CONSTRUCTORS

Here are the Losers Team scores for the USA.

We next move into a triple-header, spending November 7th in Mexico, November 14th in Brazil and November 21st in Qatar (see the calendar here). We'll release a small clutch of final Pitlane Punts soon. And on December 1st, any unpressed Boost Buttons will get automatically pressed and everything will, in technical F1 speak, proper kick off.