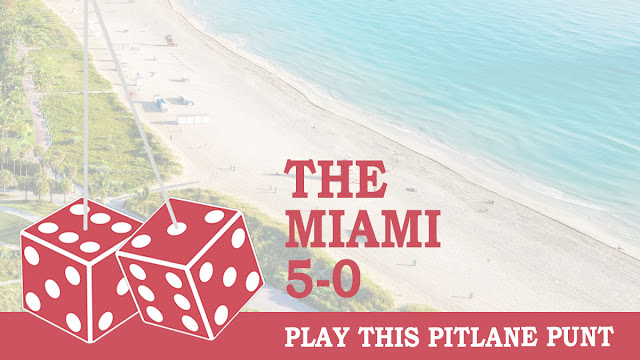 We're as excited as you are about F1 racing in Miami on May 8th. No, really, we are excited. What? No, that's just how our face looks. We're excited INSIDE.

So let's come up with a special one-race punt called the Miami 5-0. It's like Hawaii 5-0, but entirely the wrong part of the United States.

Bet on a driver ending up at least five places behind their team mate at the Miami grand prix. Read on to play this Punt.